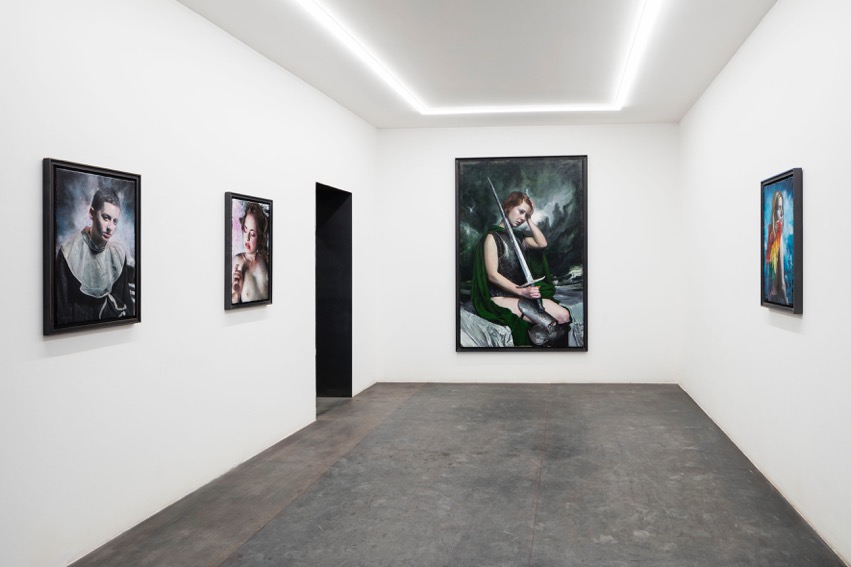 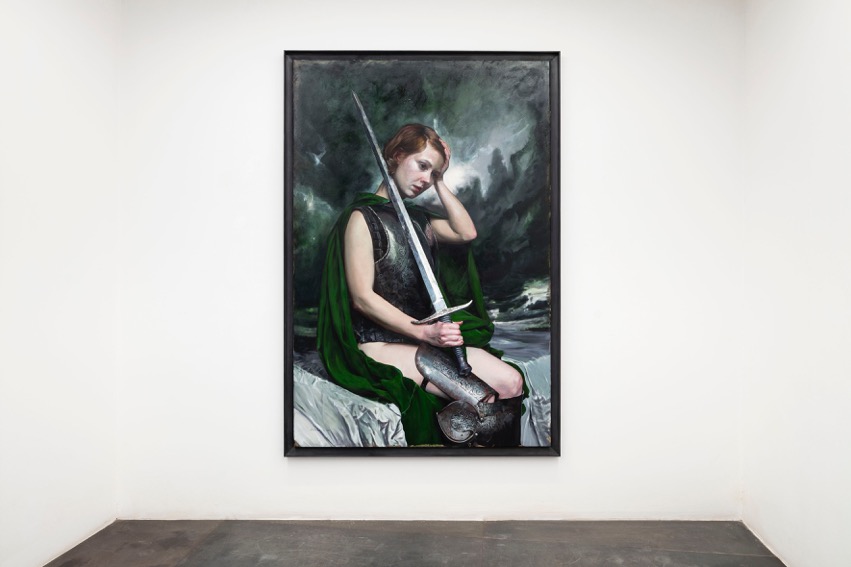 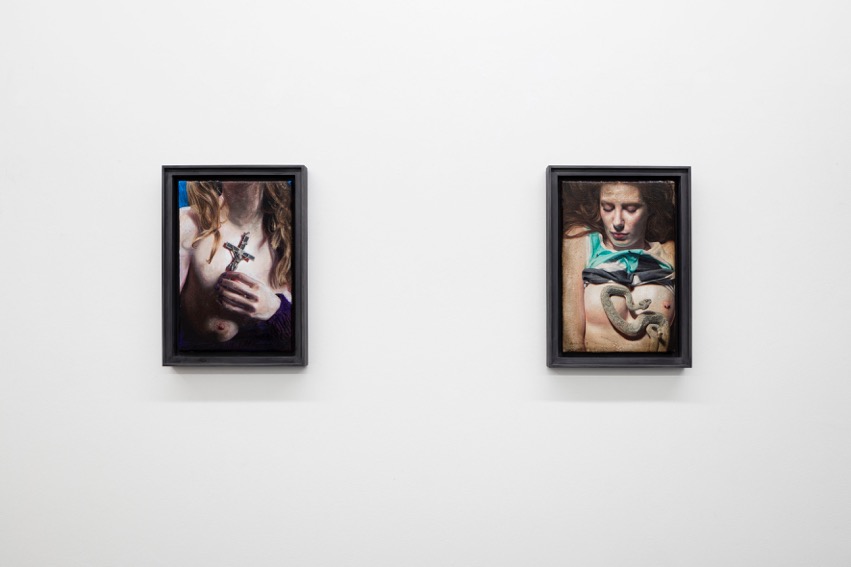 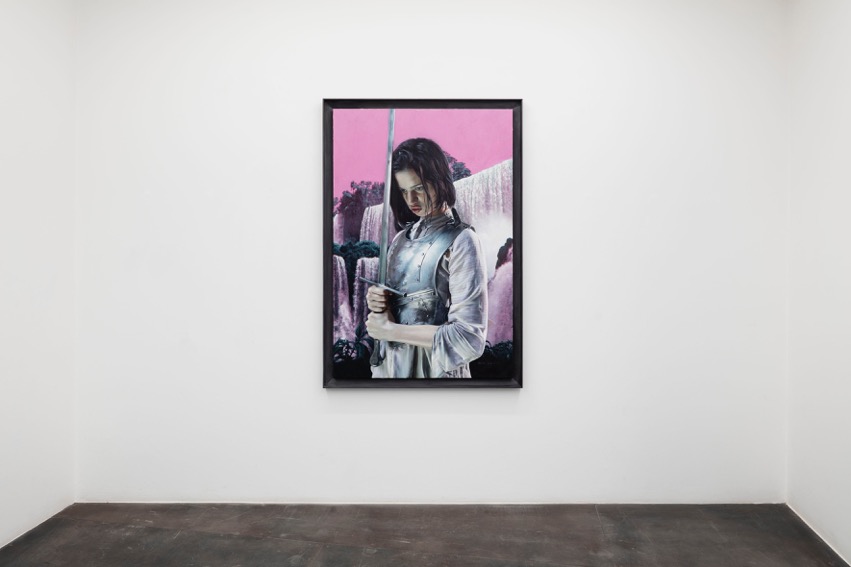 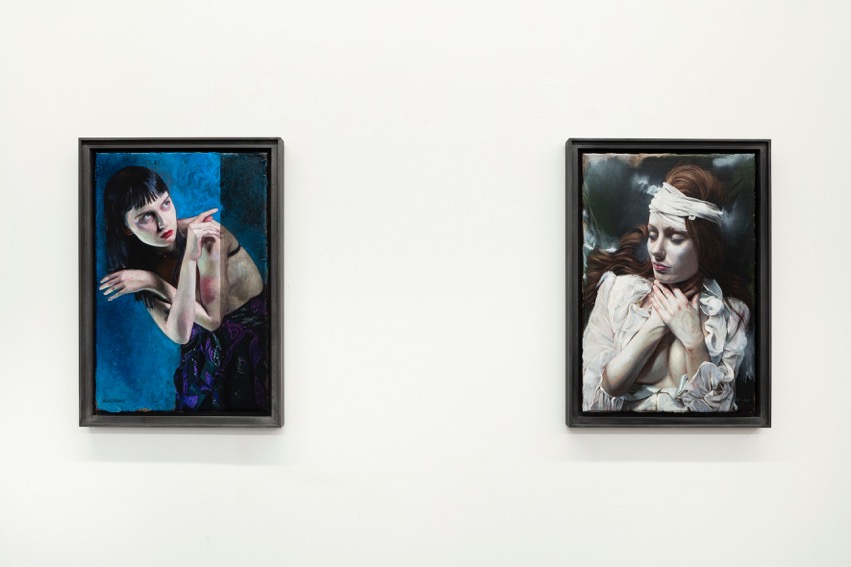 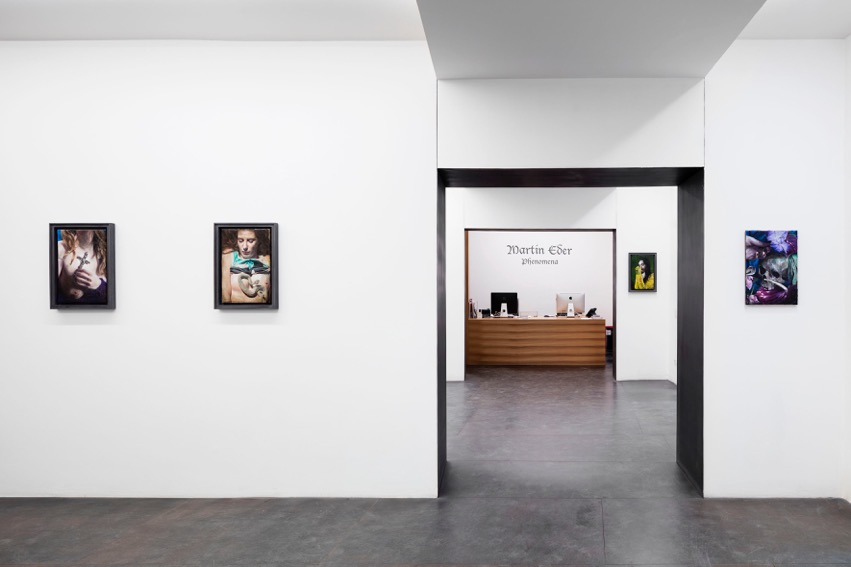 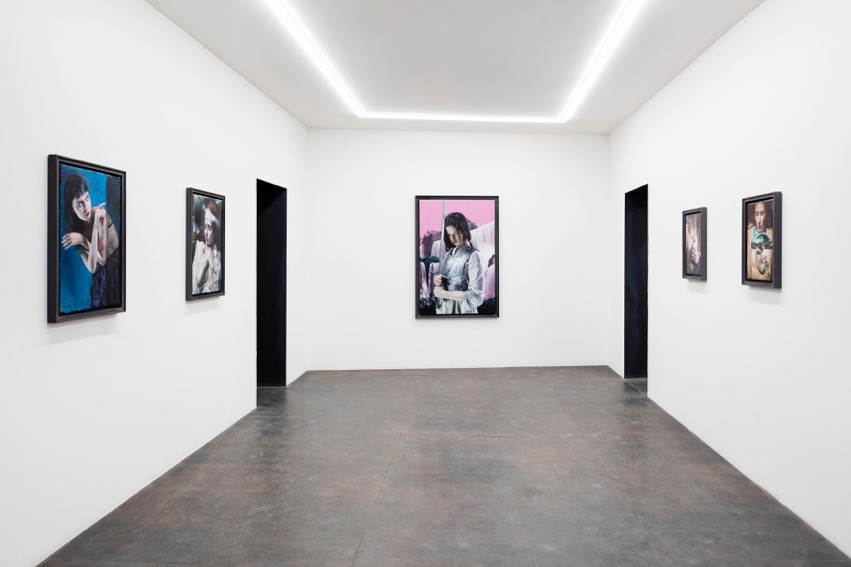 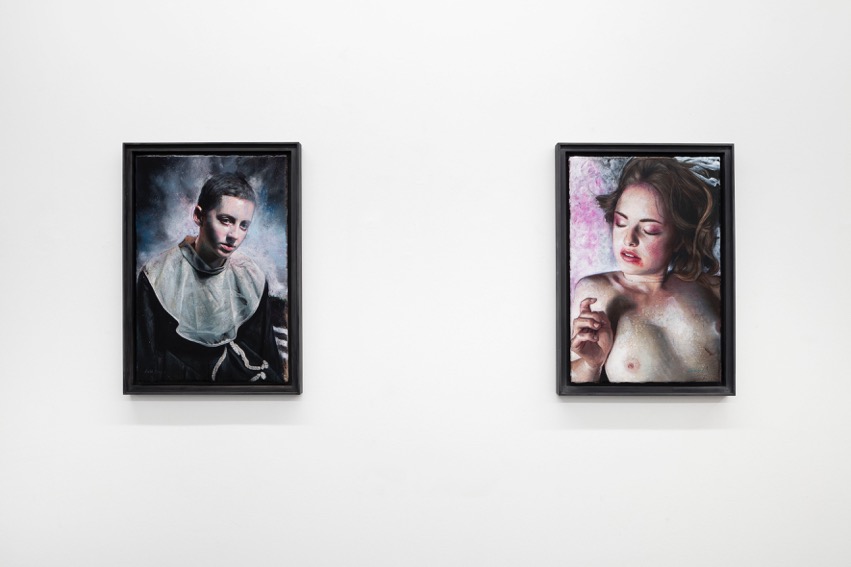 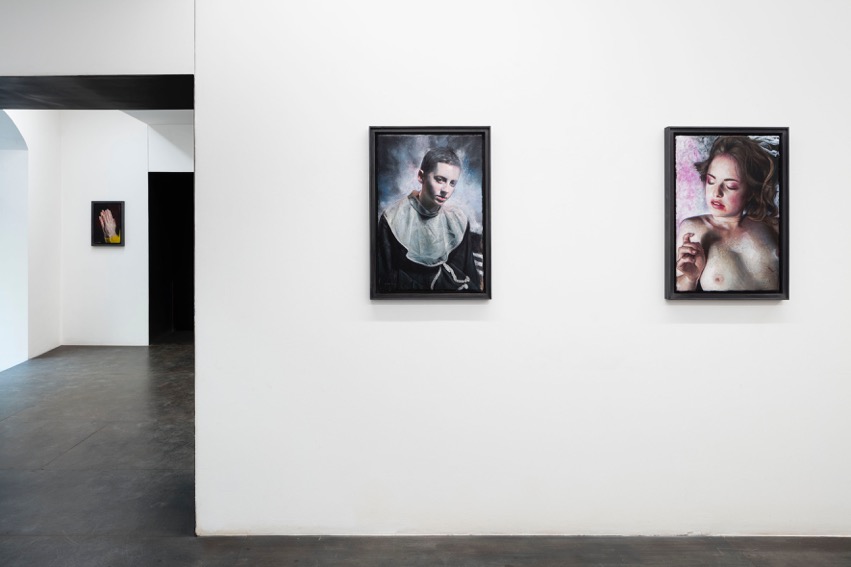 Phenomena – a title that comes from the film of the same name by Dario Argento, which influenced the artist's practice through its particular use of colour – is a selection of provocative new works executed in a palette that ranges nonchalantly “from pale flesh tones to velvety reds and lapis lazuli blues". In the text she has written for this exhibition, Jane Neal details how these colors are also synonymous with Renaissance painting in Northern Europe and explains how Eder is focusing on the theme of vanitas and the memento mori – where “a serpent makes its bed amidst the frothy petals of a flower … and Angels and warrior maidens are captured not in flight nor in battle, but at rest…” to Neal, Eder is engaging with the stylistic expression of a rediscovered harmony with the Renaissance, the Baroque and Romanticism - all of which surfaced during a recent trip by the artist to Mexico.
Eder's grounds are dominated by young women and soft animals. They bring the semi-surreal paintings a sense of engaging perversion. Eder's women are painted in styles that may variously reference Botticelli, Cranach, Renoir, and Manet: but all are individuals taken from a superstructure and affected by a level of constraint – which results in figures that appear stripped, rather than nude. This in turn reveals a fragile balance between fantasy and reality wherein lies the difficult relationship for all of us with our bodies; a subject which remains one of the artist’s favourite areas of research. In his paintings, Eder explores feminism through muses who rather than being passively subject, are cast instead in armour - warrior women who hark back to German romanticism, while simultaneously reflecting the struggles of contemporary young people today whose relationships with their bodies have been made even more complex by the Internet generation’s easy access to pornographic imagery and to a practice of posting and reading posting hundreds of personal and formerly private pictures. By choosing to create images which engage directly with the focus of a culture that is driven by what is superficially attractive, and blind to deeper meaning, and by playing with a language that borders on kitsch, Eder challenges the formal system of the “Fine Arts,” in a directly confrontational and insightful way and thus provides a means of widening the perspective of people’s tastes by exposing that which is often unseen or overlooked. “Eder’s focus is not only on painting itself or its formal traditions, but on painting as an easily understandable technique and language, a sort of magical hat that allows him to enter into and explore the kingdoms of taste and distinction” (Jane Neal).

Phenomena is part of a trilogy of projects that investigate the extrasensory world, which the artist has recently explored through the study of hypnosis. Besides the exhibition in the gallery, Martin Eder is preparing the show PY5IGKC at MUDAM, the Museum of Contemporary Art in Luxembourg, and the performance Mental Physics & Rays of Lucifer at the Volksbühne in Berlin.